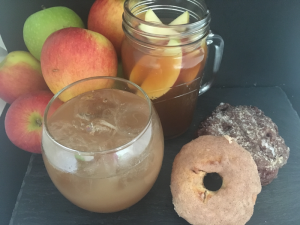 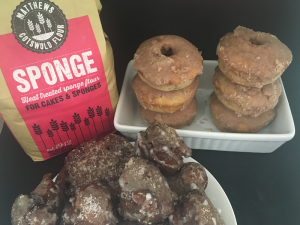 The darker donuts in the front of this picture are fried “apple fritters”. The dough was similar to baked apple donuts but these are deep fried. We found that the donut recipe for baked donuts was much easier and got to the best part – eating – quickly. Less fuss, less mess, more enjoyment. That is what we were looking for in an apple donut recipe.

We found our fritters to be too fiddly and quick a mess and production to make. If you love your donuts deep fried, try a variation on our Polish Paczki Donuts. Instead of filling with jam, make a chunky apple cinnamon jam by adding 100g caster sugar and 1 teaspoon cinnamon to 4 apples peeled, cored and finely diced. Cook this on the hob until the apples are soft and then boil until thick like a jam. Stuff into the donuts. TIP: Fried donuts on the hob are really difficult to keep the oil temperature consistent. Use a deep fryer for best results.

Baked Apple Donuts are the Best Donuts in Town! We made half dozen of these beauties as a small weekend baking treat.  You can always double or triple the recipe. (We bought the tin here at Amazon.co.uk.) 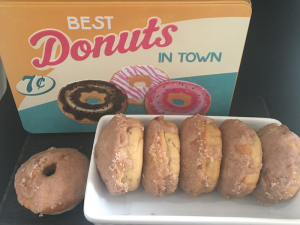 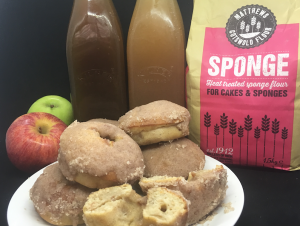 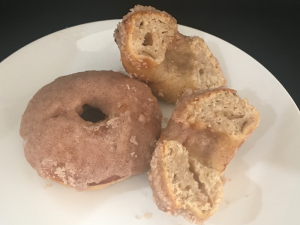 TIP: We only coated one side of the donut but you can do both sides if you prefer. Just roll the whole donut in the butter and then in the cinnamon & sugar mix.

American Pumpkin Pie Bars are a quick and crowd-pleasing dessert. The walnut and cinnamon crumb crust is better than any traditional pumpkin pie crust. [READ MORE]