What is the difference between a cobbler, a crisp and a crumble?

The 3 C’s fruit desserts are the cobbler, crisp and crumble. However, they aren’t the same and shouldn’t be confused. As with most American recipes for dessert, the main difference between these three cousins is fat to flour ratio and a few select ingredients.

Cobbler is fruit topped with pie dough. It is meant to be a pie without the faff. First referenced in 1839 in The Kentucky Housewife, cobbler was not meant to be served to guests (they should get a proper crusted pie) but rather cobbler was excellent for “home use”. (The Oxford Companion to American Food & Drink, p. 438)

Cobbler itself has variations depending on where your recipe may be sourced from. Recipes for “slumps” are common in the South and “grunts” are common in New England. The difference between a cobbler, slump and a grunt is simply the shape of the dough and how deep it is in the fruit. 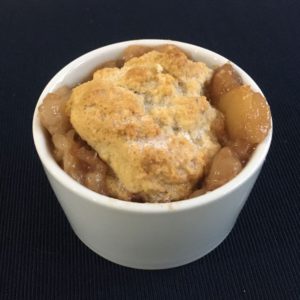 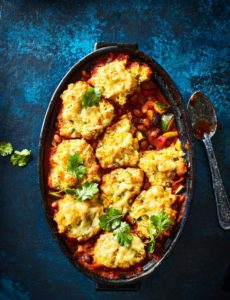 Of course, cobblers are often savoury, like this recipe from Sainsbury’s. It make a generous six portions of bean chili topped with cornbread. We love cornbread!
Read Now

A fruit crisp is topped with flour, butter, oats and nuts and is meant to “crisp” up in the oven. 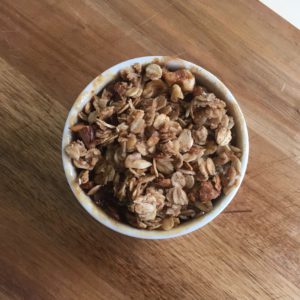 Store cupboard ingredients for the crisp topping and frozen fruit means you can whip up this dessert in no time.
Read Now 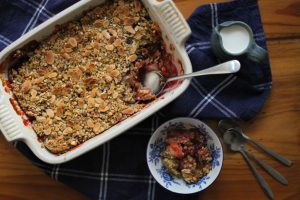 Technically, with oats and nuts, this is crisp but no matter what you call it, it is delicious! Bryony’s Kitchen uses sloe gin, pistachios and almonds. Yummy.
Read Now

A fruit crumble is a rich, buttery, flour & sugar soft dough that browns in the oven. Our apple crumble is a perfect example of butter, butter and butter dough with fruit. Did I mention the butter? 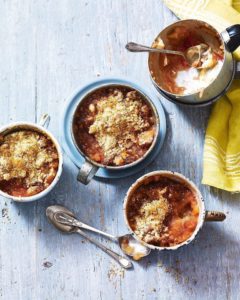 Blueberry baked oats is like cake for breakfast. Delicious and warm and will keep you full until lunch. [READ MORE]